What Happens when you Delete a Row or Column in a Lookup Table?

As an example, here is a Lookup Table: 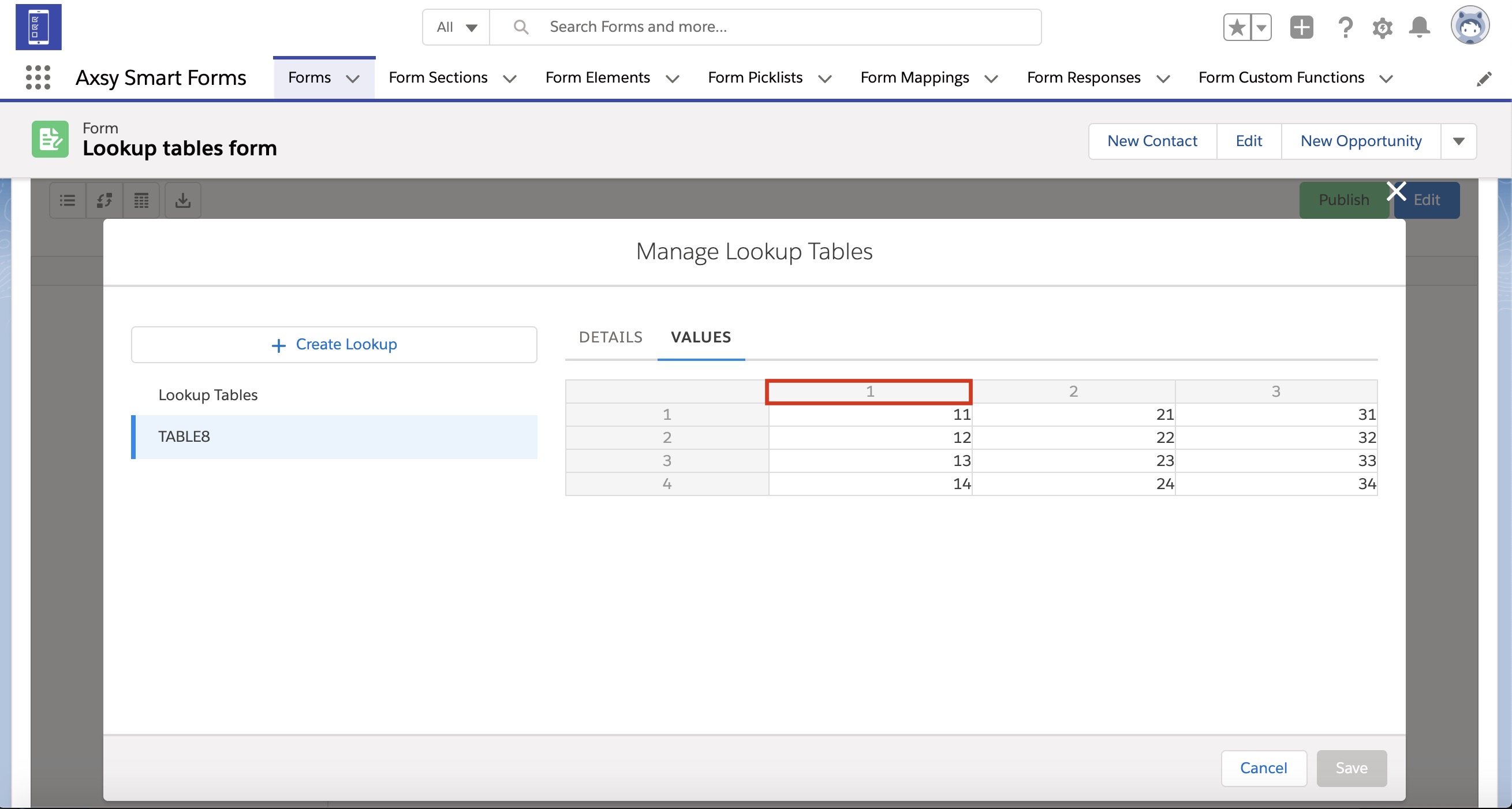 If you were to delete the Column named '1' from the Details tab, the last Column of the table will be removed and the Column Header names will shift one Column to the left. 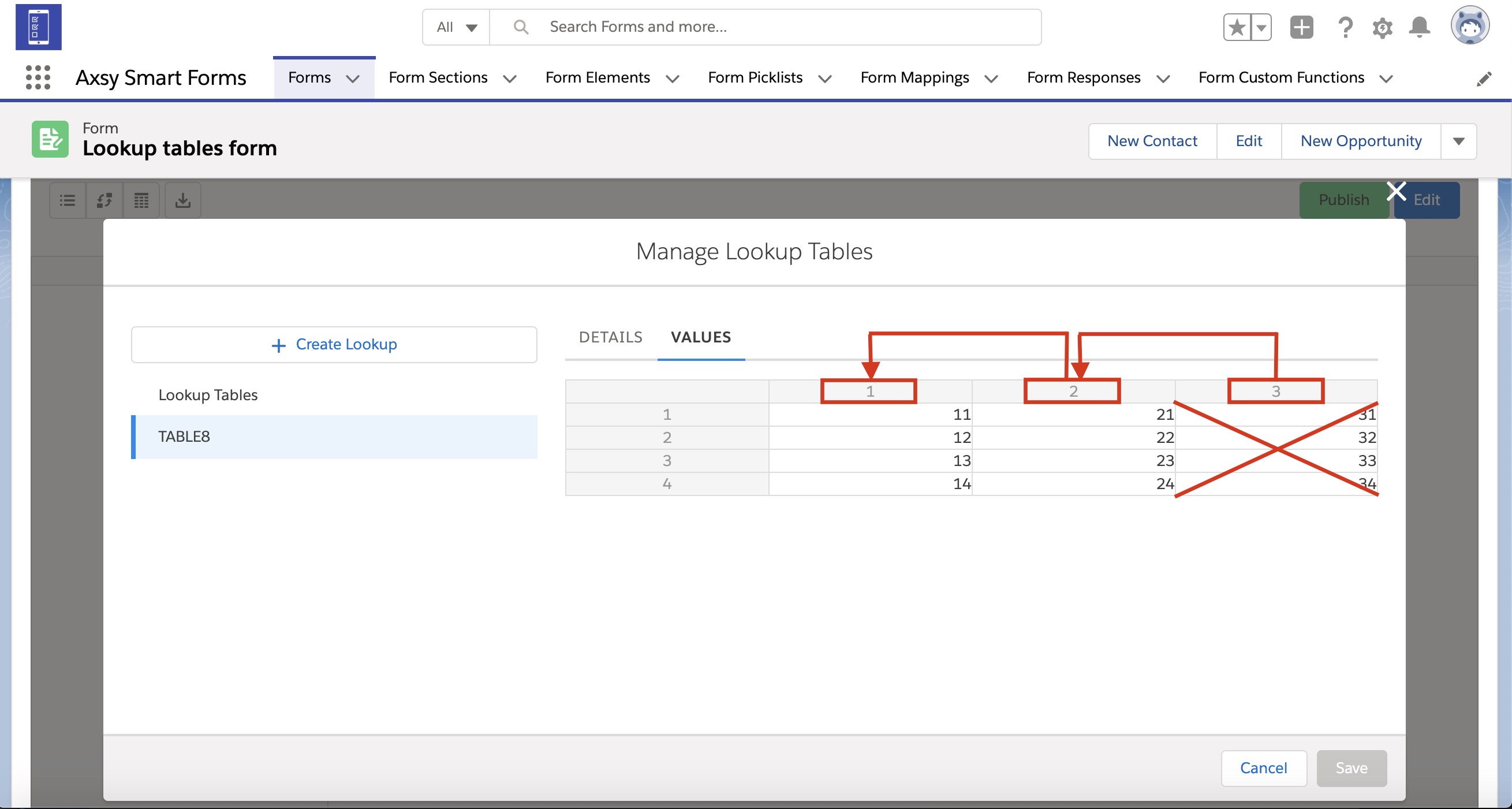 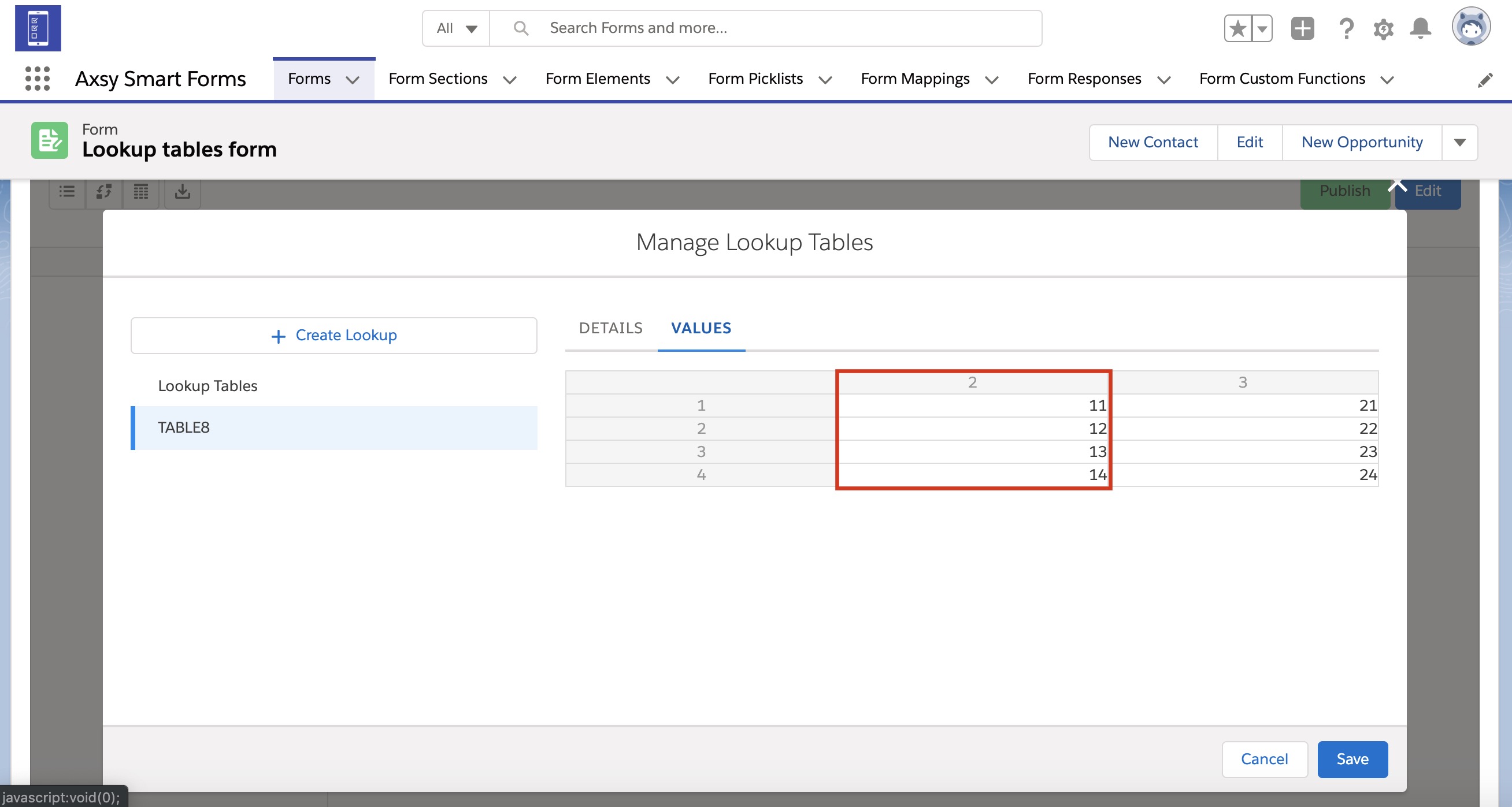 It is best practice to ensure that you create the right amount of Columns and Rows so that you can rename and edit them, rather than delete them.

Did you find it helpful? Yes No