Reference an Element in a Loop Using Indexing

Axsy Smart Forms allows users to reference Elements from a specific Loop iteration by using indexes. Input can often be repetitive or unique, and so targeting a specific iteration means an easier way to access information to replicate it or capture it.

For more information on Loop Elements and their functionality, please see this article: Configuring Loops

Here are four possible scenarios regarding Loop indexing when referencing an iteration of a Loop Element:

Square brackets are used to specify a specific loop iteration for an Element.

ElementName[2] will reference the value entered on the second loop iteration of 'ElementName'.

Reference a Specific Loop Iteration with an Index Number

As loops can have multiple iterations, an index number should be provided when referencing an element inside a Loop  to indicate which iteration to capture the Element's value.

1. For example, ElementName[1] will refer to that element's value in its 1st loop iteration. 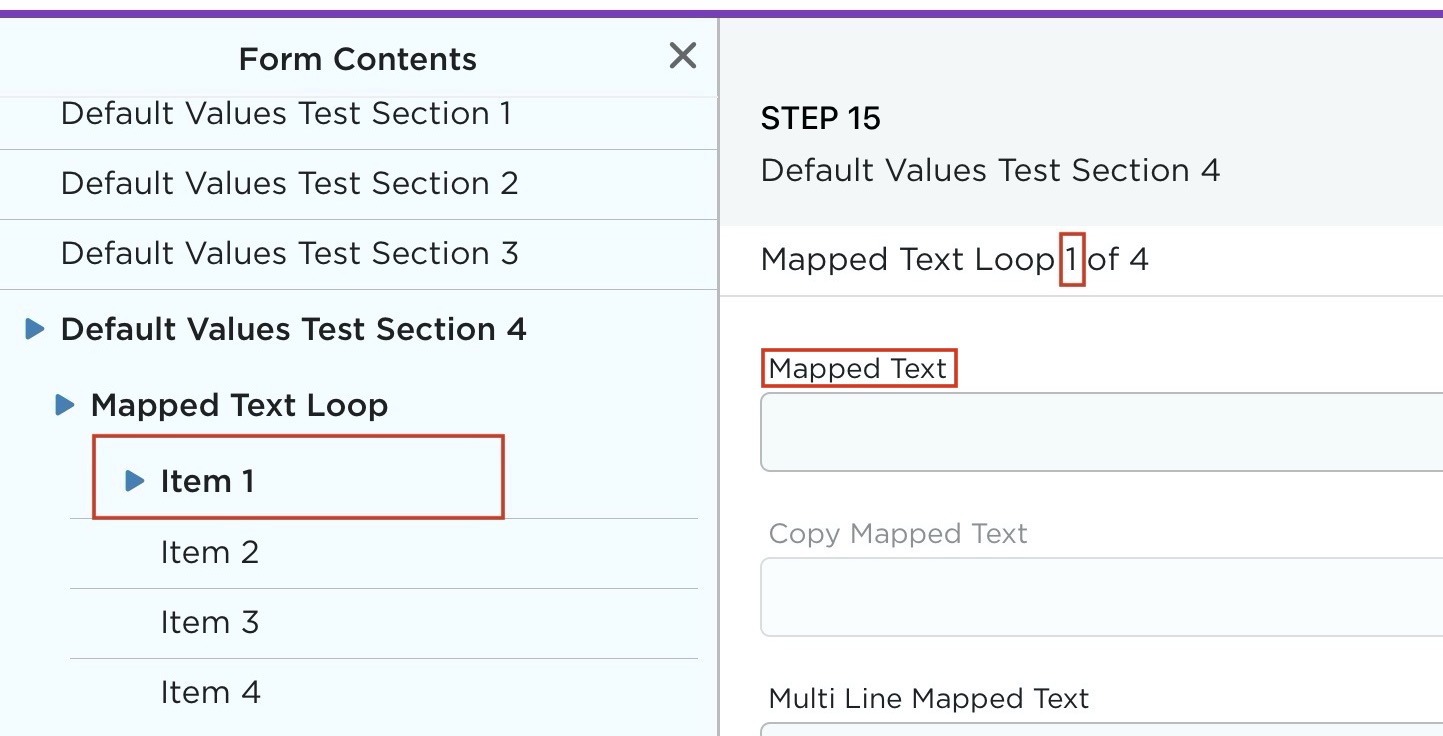 2. ElementName[4] will refer to its value for the 4th iteration.

Default Behaviour When No Index is Provided

You can omit an index when referencing another Element within the same Loop. When this is configured, the index will match the current iteration that is being executed. 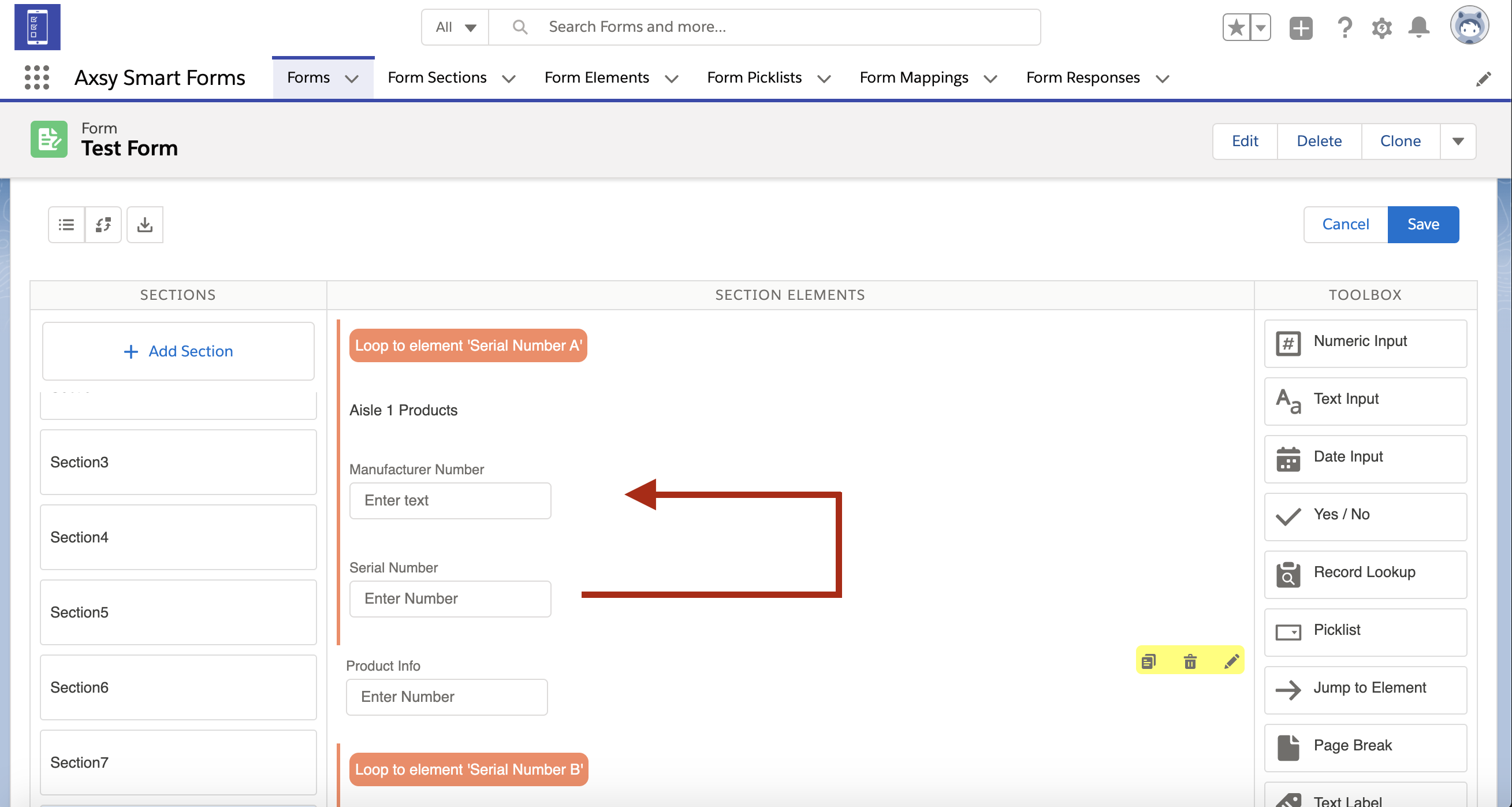 Using __INDEX to Reference the Same Loop Iteration from Another Loop

__INDEX is a special tag that evaluates to a Loop's current iteration number (as demonstrated here). In a similar way to how using no index within a Loop means that the index defaults to the current Loop iteration, using __INDEX allows you to do this with a subsequent Loop. This is useful for copying values from one Loop to a second Loop later on in the Smart Form by using the formula syntax 'ElementName[__INDEX]'.

Whenever you provide an index that is invalid, e.g. ElementName[4] when a Loop is only set to run 3 times, it will result in a blank value.

Did you find it helpful? Yes No